CASA is There to Help, One Child at a Time 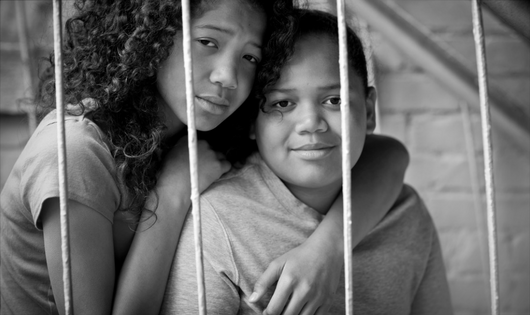 As part of my personal endeavors to give more back to my community, a few months ago I became the newest member of the Northwest Rocky Mountain CASA Board. In case you aren’t familiar with the cause, Northwest Rocky Mountain (NWRM) CASA (Court Appointed Special Advocates) for Children is a nonprofit organization that recruits, trains and empower community volunteers to advocate in court for the best interests of abused and neglected children in the 14th Judicial District (Grand, Routt and Moffat Counties) to ensure that each and every child is able to grow up in a safe and permanent home. CASA also provides community education regarding child abuse and neglect. For any one of you who either have children or care greatly about children, I’d be willing to bet that a nonprofit that exists solely for the support of children throughout court proceedings, would also rank high on your list. 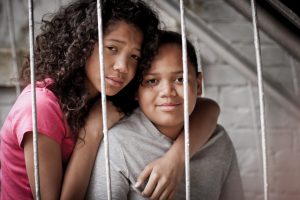 Why CASA?
Did you know… close to 5 children die every day as a result of child abuse in the United States, according to ChildHelp, a national child abuse prevention and treatment organization?

Dependency and Neglect (D&N) cases are filed when the Department of Human Services determines that a child was abused or neglected and, due to the harm and risk to the child, court proceedings are warranted. It is in these cases that the Judge appoints a CASA volunteer to act as an advocate for the child. All children in D&N cases are eligible for a CASA volunteer, free of charge. Currently, the NWRM CASA has 3 staff members and 18 volunteers to serve 27 children. And the caseloads just keep growing.

My Court Room Experience
As part of my obligations as a Board member, and to gain a better understanding of the importance of CASA, I recently spent the better part of a day in the Grand County Court House in Hot Sulphur Springs. The Honorable Judge Hoak was presiding, whom I also know from outside of court. (Hidden talent: she makes a no-one-can-resist S’mores dessert for her annual Christmas Eve party). I attended multiple court proceedings involving the children from one family with a D&N case. It was a complicated situation, involving two sets of parents, three children, numerous attorneys, a Guardian Ad Litem (GAL), and a CASA volunteer named Kent.

Were my eyes opened by the reality of what was being presented? Yes, at times I was wide-eyed in amazement. Did I learn much about the valuable role of the CASA volunteer and the effectiveness of the organization’s role in these children’s’ lives? Yes, I certainly did. I came to better understand a quote I had previously seen on CASA’s national website by Pamela Butler, who as a child had a CASA. She summarized her experience to a legislative committee by stating, “To give a child a CASA is to give them a voice. To give them a voice is to give them hope, and to give them hope is to give them the world.”

What I really found frustrating from the proceedings was to see that because of a lack of certain resources, the children and parents were not able to meet very frequently for supervised visits. As you can well imagine, the more regular the visits are the better it is for the children. Factors impacting the visits varied from transportation issues (the parents not having drivers licenses or a car, the public transportation not being conducive to getting either party to see the other) to the lack of trained personnel available to conduct supervised visits and the absence of a visitation facility located in Grand County or its neighboring counties. The Judge excused herself so that a solution for short-term visits could be discussed. I watched as ten individuals gathered together and brainstormed for nearly forty-five minutes to plan four visits over the course of the next two months for this family. The solution involved utilizing a local police station, which of course is not a very family-friendly place for a visit. It would come to be with the help of a Chief taking time out of his weekend to kindly open its doors for use. And the pleading of one of the few trained personnel to conduct supervised visits for two consecutive visits over the same weekend. When it was mentioned that the NWRM CASA is working toward the goal of local visitation facilities, one of the parent’s attorneys turned to the CASA staff to gesture a two thumbs up.

With NWRM CASA’s direction and assistance, a long-term plan can be put in place for the development of visitation facilities in each of the three counties we serve. Do we need it over the next 6 months to help this family? We do. However, this is an issue that can’t be resolved overnight.

Future Steps
After the day’s court proceedings, I was able to talk briefly with the recently-brought-on-board Executive Director for NWRM CASA, Alan Hallman, who has lived with his family in Grand County for a number of years and started this position in May. In his already short time at the helm, Alan has been able to do some needed restructuring of staff and their responsibilities for the organization. Also, he and the team are well on the way toward achieving the on-going goal to hit a 100% success rate for coverage on the cases awaiting volunteers to be assigned without utilizing staff. During our conversation, I could see that Alan had his ideas spinning in his head about the next steps it would take to develop a plan of this magnitude for visitation facilities. He commented, “A likely place to begin the discussions will be with the Best Practices Teams in the 14th Judicial District. This group is comprised of the Judge, Attorneys, GALs, DHS staff, CASA staff, and other interested parties involved in court cases. No particulars are discussed about pending cases, but rather how to improve the court processes to determine best practice for the best interest of children and their families.”

It’s exciting to be a part of such a worthy cause’s team. I found the Board retreat in October to be inspiring and productive for future planning, and look forward to working together with the other Board members and staff. You too can get involved. Volunteers are always needed. If you have an interest in learning more about how you can help these children, please let me know.

You have Successfully Subscribed!

Almost done! Check your inbox (or junk mail) to confirm your subscription.